You are here: Home / Uncategorized / An Open Letter Concerning the Appointment of the Bishop for the Diocese of Aberdeen & Orkney 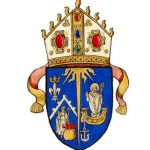 Below is a letter sent to the Reverend Canon Anne Dyer and the four bishops of the Scottish Episcopal Church following Canon Anne’s selection and appointment as bishop of Aberdeen and Orkney. It is an unprecedented letter in recent times and follows on from the questions raised after the appointment. Let’s keep all involved in our prayers, asking that any response might be loving and humble.

An Open Letter to the College of Bishops of the Scottish Episcopal Church and Canon Anne Dyer Bishop elect of Aberdeen & Orkney.

We the undersigned, clerical and lay members of the United Diocese of Aberdeen and Orkney, who hold a wide variety of views on the current matters of concern within the Church, wish to protest over the process by which the Episcopal Synod of the Church appointed a Bishop of Aberdeen and Orkney. We acknowledge that Canon Dyer was not herself involved in the decision to appoint her simply accepting the Bishops’ invitation. Our protest is not in any way personally directed at Canon Anne and should not be construed in that way.

The protest, which we make regretting its necessity, centres on the actions of the four Scottish Bishops currently in office in making an appointment which directly goes against the established wishes of the Diocese on the views it would hope that our new Bishop would hold, and minister to us from the perspective of them. The Bishops chose to ignore the opinion of the Diocesan Synod in a process that the Synod (later meeting as an Electoral Synod) was informed was designed to take account of the views of the Diocese. There has been a further failure by the Bishops to meet with the Standing Committee or Cathedral Chapter and give any explanation. All the Committee and Chapter know of the incoming Bishop is in one Press release and the Bishop-elect’s Christmas letter to the Diocese. We believe that the action of the Episcopal Synod in making this appointment is divisive and also disrespectful of the Diocese as it goes against its wishes as expressed through the Diocesan Synod of March 2017.

The earliest indication of the level of disquiet in Aberdeen and Orkney Diocese came with the resignation of both the Dean of the Diocese and a Chapter Canon because of their unhappiness concerning the process. Others are considering similar action. There is a clear possibility that the actions of the Bishops will, among other things, have an impact on the recruitment of new clergy to a Diocese now so unsettled and which currently has a considerable number of vacant parish posts.

We understand that Canon Anne is not a car driver and this adds to the disquiet. She may have a plan as to how she will travel around the Diocese but, if so, we do not know of anyone within the Diocese who has been informed of it. The Diocese is largely rural and, in addition to the City of Aberdeen, covers almost all of Aberdeenshire and parts of Moray as well as the many islands of Orkney and Shetland.

Whilst Canon 4 does empower the Bishops to make an appointment where the Preparatory Committee has not found the required number of candidates to present to the Electoral Synod of a Diocese, such appointments go directly against the tradition of our Church since the Aberdeen election of Bishop Archibald Campbell in 1721. It has long been our proud claim that a Scottish Diocese elects its own bishop. Therefore, although we recognise that it is not essential under the present Canon 4, we would ask that – even at this late stage – consent is sought for Canon Anne’s appointment from the Electoral Synod of the Diocese. If this is not deemed to be a canonically possible action, then we would ask that Canon Anne consider withdrawing her acceptance. Such happened recently in the Church of England when the Suffragan Bishop of Burnley withdrew from his appointment as Bishop of Sheffield because of concerns that his ministry would be divisive.

For the future, we would hope that Electoral Synods in each Diocese will succeed in their task, but in the event of any appointment coming to the Bishops we would ask that – either formally through a change to Canon 4 or informally through agreement among the Bishops – the candidate proposed by them should be approved by the Electoral Synod of the Diocese. We will seek to have this issue discussed at the next General Synod as the action of the bishops in our case have caused unnecessary anguish and distress in a Diocese which had been largely united in its hopes and aspirations for the years ahead.

We write this letter with great sadness.

Representing others in the Diocese

Some guidance notes for the press were also included with the letter, as follows.

Bishopric of Aberdeen and Orkney

Some weeks ago you covered the appointment of Canon Anne Dyer as Bishop of Aberdeen and Orkney in the Scottish Episcopal Church.

Attached to this email is an Open Letter to Canon Anne and the four Bishops of the Episcopal Church, who appointed her. At the time of her appointment three of the seven Dioceses were vacant and so the decision was made by just the four remaining Bishops. It is important to note that our protest is not personally directed at Canon Anne nor is it a resurrection of old arguments against women being Bishops or the more recent arguments on same sex marriage, which Canon Anne does support. There are those signing the Letter who would disagree with the new Bishop over her views on such matters while there are others signing who support her views. Our protest concerns the manner in which the appointment was carried out – and the Open Letter should not be “spun” in any way which makes it seem to be about women as Bishops or same sex marriage.

The number who have signed the Open Letter represent 50% of the stipendiary clergy of the Diocese. The lay people who have signed are members of the Standing Committee and the Warden of the Lay Readers. No attempt has been made to find further signatures, but it is known that there are many more people concerned about the process to which we are objecting than have had the opportunity to sign.

The background to all of this is that when the Preparatory Committee twice was unable to produce the minimum number of three candidates, the Bishops exercised their right to make the appointment. That is, of course, correct under Canon Law. However, there were omissions. Despite assuring the Diocese that the Bishops would listen to the views expressed in the Electoral Synod and elsewhere they appointed someone whose views do not accord with those of the Diocese as expressed through the Synod. In addition the Electors of the Diocese were not given any opportunity of meeting Canon Anne, either prior to or subsequent to her appointment much less the possibility of voting to elect her. A request from the senior clergy of the Diocese and members of the Standing Committee to meet with Canon Anne as soon as possible has been declined.

The Open Letter also touches upon the issue of driving. Canon Anne is said to be a non-driver and there are questions as to how she will travel the main roads, and the many backroads, of the Diocese. It may be that she has a solution to this problem and will be able to do the work of visiting congregations in remote locations as well as the centrally placed ones, It is just that, if there is such a plan, no-one in the Diocese – to our knowledge – knows of it..

Because of their deep disquiet over the process, the Dean of the Diocese, the Very Reverend Emsley Nimmo, and a Canon of the Cathedral Chapter, Canon Ian Ferguson, have resigned. Further resignations cannot be ruled out at this stage. There is now widespread disquiet and unhappiness within the Diocese, no doubt some for the reasons outlined in the Open Letter and others because it has been written. Whatever the cause there is now pain, unease and division in a Diocese which had been largely united in its perception of what it needs from its Bishop now and in the years ahead.

It is our hope that the four Bishops in office will find a way of allowing the Electoral Synod a vote in the election, and if that is refused, we ask that Canon Anne consider withdrawing her acceptance in the light of the divisions and pain, which we recognise is something for which she has no personal blame. Her role in the process was to accept or decline the Bishops’ invitation. But, she now will be aware of the effect of that invitation and acceptance throughout the Diocese of Aberdeen and Orkney.